The Future of Hydrokinetic Power Generation in the United States 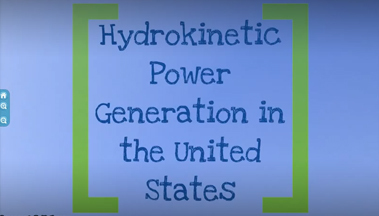 The future of hydropower in the United States, will be examined using a critical systematic framework. We are exploring the future of hydropower in light of four primary categories of change, which are economic growth, technological innovation, governmental incentivization, and the sustainability movement. After defining the scope of our topic, we will explore the current landscape surrounding hydropower, and outline numerous forces of change which will shape the future of hydropower. Further, after discussing economic cost and environmental repercussions as the primary sources of uncertainty, we will identify four alternative scenarios which could be realized, in the event that disruption occurs. Finally, we will offer insight involving potential business implications. On the whole, we expect hydropower to steadily gain traction in the alternative energy sector, although economic cost and feasibility of implementation will prove to be imposing obstacles.